I'm having a moment.

Some other creative stuff that I am comfortable sharing publicly. *Please note this section has a different forum skin.*
Post Reply
1 post • Page 1 of 1

Phoenix Flaming Star
Site Admin
Posts: 580
Joined: December 27th, 2020, 1:37 am
Status: Enjoying my gaming and writing.
Character Consent: No, I do not give consent for others to use my character in their creative works.
Contact:
Contact Phoenix Flaming Star
Twitter YouTube

I'm having a moment.

I'm having a moment right now. I'm watching Cobrak Kai Season 3 Ep: 7 and playing Ark (The Island map). I'm at the moment in the show where, in a memory, Mr. Miyagi is telling Daniel "It's OK lose to opponent. Must not lose to fear!"

That moment just made me pause and think about my time playing Ark.

I first started playing Ark back when it was really new (Beta, I think?) and I was on The Island map playing with some other people. My character got killed by a wild dino and I didn't take it well. I quit playing Ark. I hated the game. I didn't want to play it if I was just going to keep dying all the time. Fear had won. Fast forward to Jan. 2021. With a little coaxing from Zonks, I gave Ark another chance. Now, Ark's one of my favorite games!

In the case of Mr. Miyagi saying "It's OK lose to opponent. Must not lose to fear!" My "opponent" was the wild dinos. When I came back to Ark. I learned more about the game. I used cheats back then to help me get used to the game's mechanics. Yes, when wild dinos killed me, I still had my freakouts, but I had some good support. Zonks helped me learn the game and help me overcome my struggles. Now I love this game.

So in a sense, Mr. Miyagi's message is the same here. It's just a different scenario. If I had lost to my fear and refused to give Ark another chance, I wouldn't have learned and overcome those challenges.

This is the area I died in, when I quit Ark back then. Look at me now. I'm flying my tamed, level 215, Pteranodon over it.

You're not taking me down without a fight, Ark! 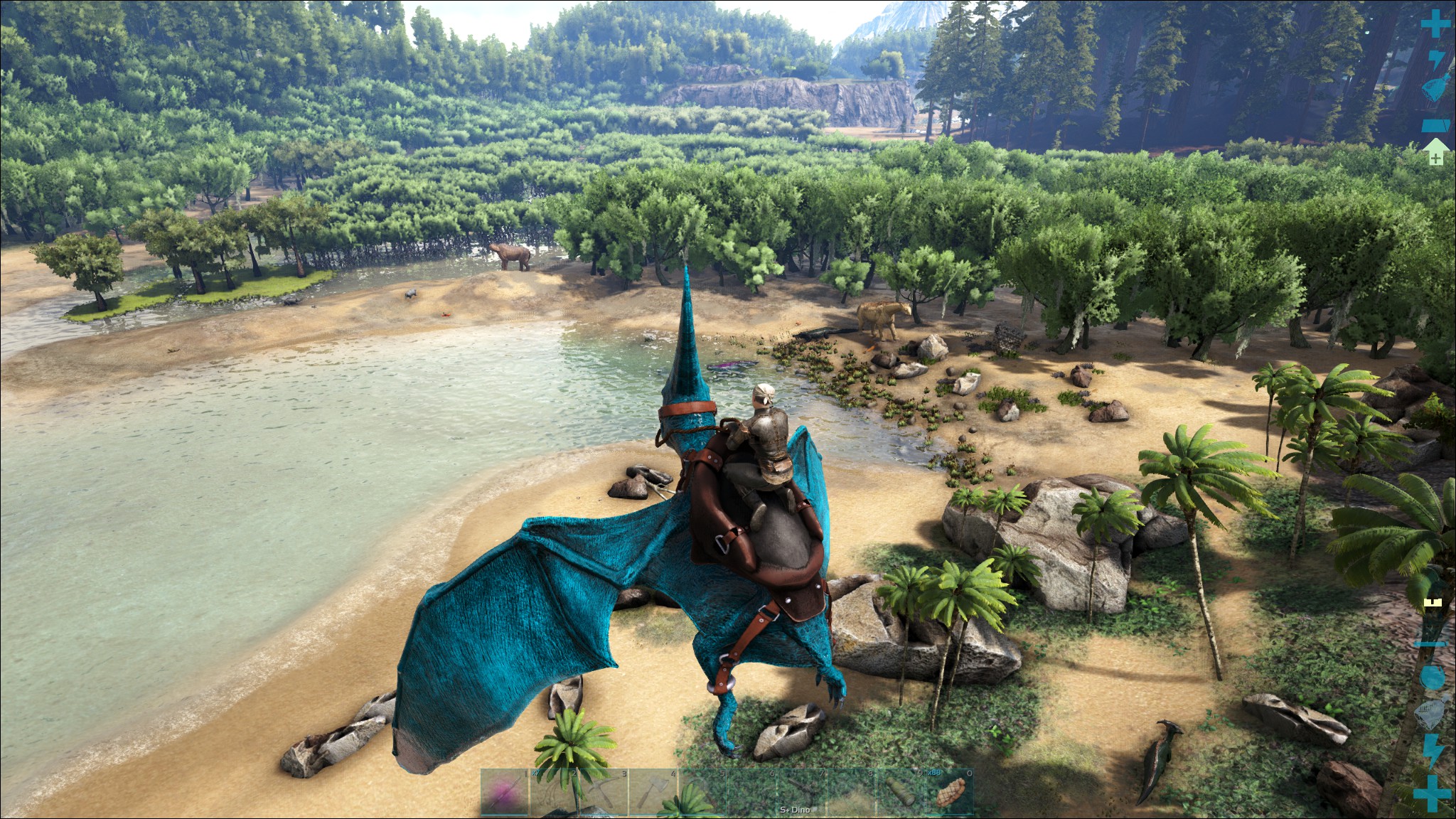